Covered with sandy coves, dark forests and vistas atop rocky cliffs, the Oregon Coast has a stormy natural splendor all its. Oregon Coast travel lets visitors glimpse this rich-hued wild, a landscape well matched with the cold, choppy waters of the Pacific it borders. Let Travel + Leisure’s Oregon Coast travel guide chart your course along this oceanfront stretch.

Things Not to Miss on the Oregon Coast

If you aren’t from the Pacific Northwest, Oregon’s spectacular coastline might be a secret: it’s less visited and discussed than California’s coast, but no less beautiful. However in recent decades, the state’s reputation for scenic drives and splendid hikes, reasonably priced oceanfront hotels and accommodations, low-key towns with friendly, creative vibes, and consistently fresh and well-prepared seafood has garnered increased attention. The true draw this is actually the beaches, where nature lovers delight at their first sight of a migrating whale or child harbor seal sitting over a rock. Go to https://youtu.be/MxZosey4Fd0 for more details.

Oregon’s coastline is open to all; not really a grain of its more than 300 miles of white-sand beaches is privately owned. The coast’s midsize towns and small villages (you won’t find any large cities) are linked by U.S. 101, which runs the space of their state. It winds past sea-tortured rocks, brooding headlands, hidden beaches, historic lighthouses, and tiny ports. This is one of the very most picturesque driving routes in the united states, and it will not be missed. Embracing it’s the vast, indigo-blue Pacific Ocean, which presents a variety of moods with the times of year. On summer evenings it could be glassy, and reflect a romantic sunset. In winter the ocean might throw an exciting tantrum for storm watchers sitting snug and safe in a beachfront cabin. 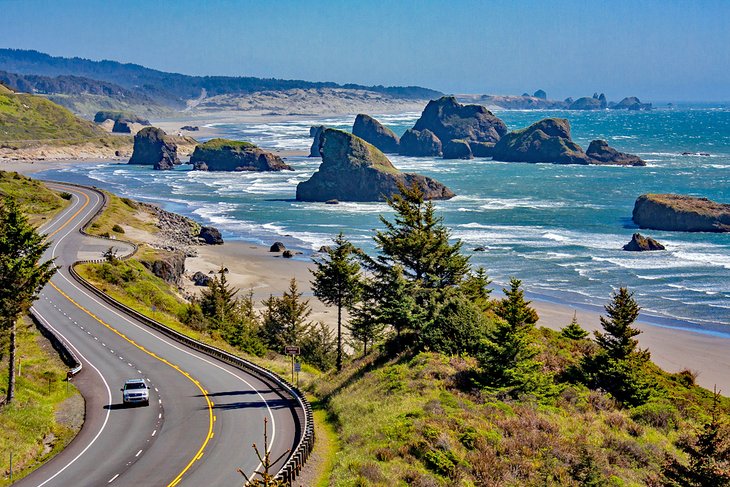 Active visitors enjoy thrills from racing up a sand dune in a buggy to making par at Bandon Dunes, one of the country’s finest links-style golf courses. Bicyclists pedal along misty coastline vistas, cruising past historic lighthouses. Hikers enjoy breezy, open trails along the ocean as well as lush, evergreen-studded treks in to the adjoining Coast Range. Boaters explore southern-coast rivers on jet boats as the more adventuresome included in this shoot rapids on guided raft trips. If the elements turn, don’t overlook indoor venues like the Oregon Coast Aquarium and Columbia River Maritime Museum.

Shoppers appreciate the number of free galleries in Newport and Cannon Beach; to get more family-oriented shopping fun, giggle in the souvenir shops of Lincoln City and Seaside while eating fistfuls of caramel corn or chewing saltwater taffy.